La Maldición de La Corona is a collective and remote experiment based on William Shakespeare’s classic Macbeth. The workshop began on April the 13th few weeks after the confinement by COVID-19. The experiment has involved around thirty creatives who have worked at a certain distance through videoconferencing platforms, enabled and customized by the Epica team. The result, a pioneering work that transcends technological barriers and investigates the future of theater in times of digital revolutions.

With this experiment, Fundación Épica La Fura dels Baus inaugurates a new distributed work format, adapting to the new situation and striving to overcome the ravages that the virus is causing in the world of culture and entertainment. Following the usual way of working, the challenges faced during this project have not been few.

On the one hand, the challenge of creating in the current imposed confinement. Distance, virtuality, time zone changes and lack of resources are situations to which the different creatives distributed between Europe and America have been subjected to. The objective of the experiment, to create a collective work, has forced the participants to take advantage of their own environment and the creativity that has reinvigorated the reinvention of the domestic space into a space for creation.

On the other hand, the technological challenge set by the creative use of videoconferencing platforms not intended for the performance environment. These tools more typical of telework have naturally promoted in this project the evolution of art towards new forms and formats that hybridize digital art, performance, music, as well as other artistic techniques.

Finally, “La Maldición de la Corona” has revealed the birth of new audiences through the exploration of new artistic genres. The use of new massive and interactive broadcasting tools has given the opportunity to broaden the audience, with the possibility of creating an active community of audience that decides, contributes and participates. The continuation of new experiments of this type, will allow us to cross the physical borders of our creative space, and generate a more enriching debate around its results. 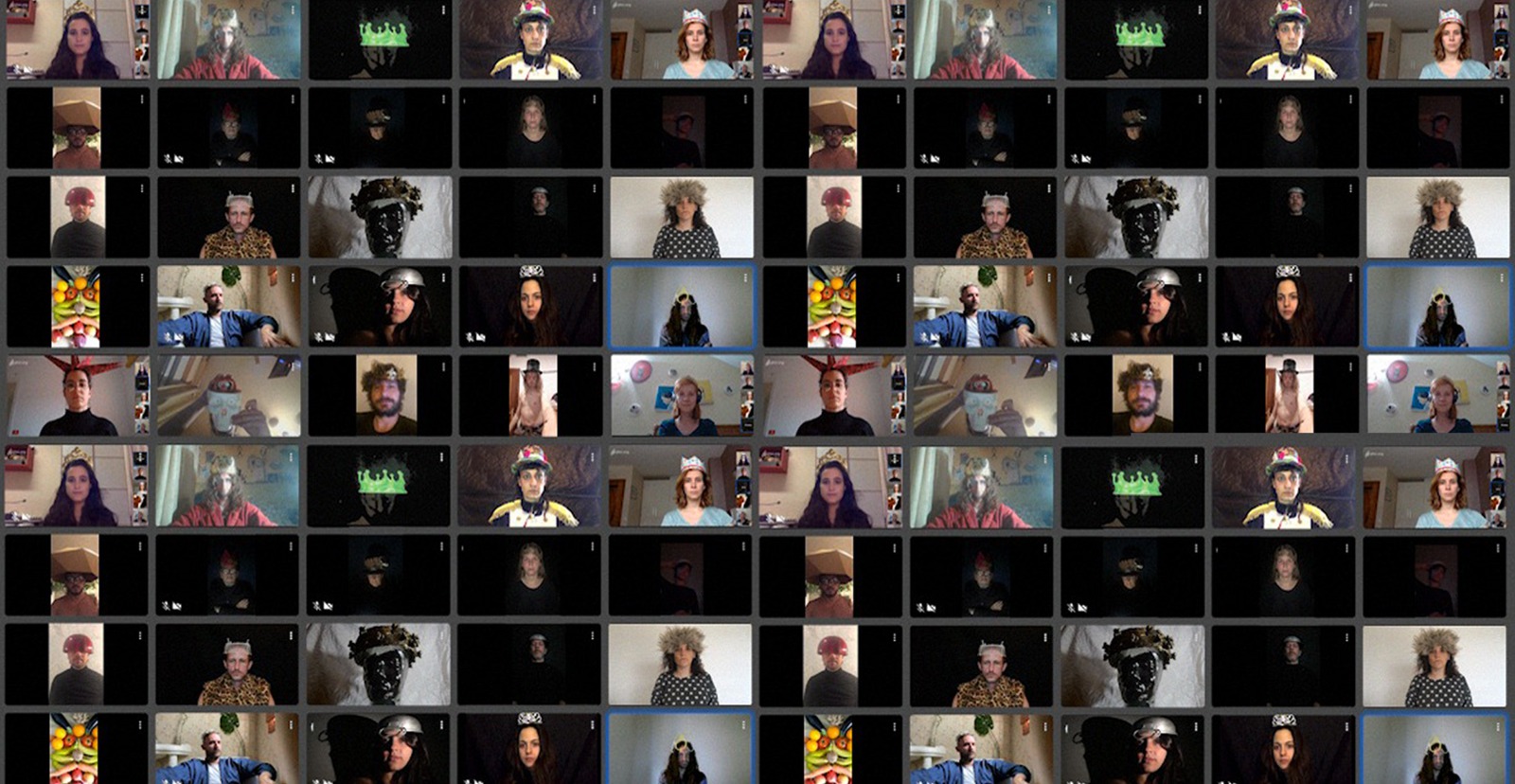 For this second broadcast and in order to take research on the performative-digital environment further, the application developed at the Fundación Épica, Kalliópê, was used. To follow up on this second broadcast, the audience downloaded and installed this massive communication tool in their smartphones with which they received messages, music, videos, images and questionnaires in parallel during the broadcast. This tool brought a new relationship between the broadcast content and the public, generating an immersive and participatory experience through real-time multimedia content linked to the narrative of “La Maldición de la Corona”.

After both broadcasts, the participants in the experiment together with the Foundation team opened a debate about the results presented and the creative process. Through the live chat, the audience was able to participate by asking questions to the participants. Some of them dealt with the difficulties of creation in a digital and remote environment, the reflection of the new “domestic-performative” environment and the future of culture in the new normality.